Singer songwriter Kaylee Bell is pure pop country through & through. In February, the rising star from Waimate released her hit single titled Keith – an ode to her country music influence, Keith Urban. The single’s clever lyrics interweave Keith’s own iconic song titles. First launched on Radio Disney, it immediately topped the charts on iTunes here and has been number one on Wild Country on Spotify (spoti.fi/2JPHPx8). 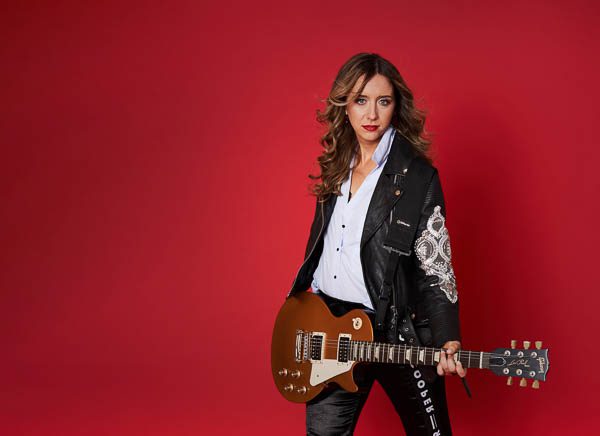 “It was a song that just came to me in the middle of the night – the beat melody and lyrics – I then left it for 12 months, before co-writing it in Nashville with Phil Barton and Lindsay Rimes was the producer.” Kaylee performed with Keith singing We Were Us in his Australian tour in 2014 and in Wellington in 2016. She returned from the exciting London C2C Country to Country Music Festival in London last month – the first Kiwi to do so. Keith Urban starred there and says he loved the song written in his honour! “Keith is just the coolest – so freakishly talented,” she says. “He is one of the best guitarists in the world – just the coolest guy, so easy going and very down to earth. With my song Keith I have been amazed at the response from people that aren’t country music lovers at all. They say there is something about that song.”

En route home Kaylee stopped by Nashville, where she spends the summers honing her songstress skills and working on a new album, before returning to New Zealand. Since the age of four Kaylee Bell – yes, her real name – has been crazy about country. She has been Australia’s country music sweetheart since moving there at 21, after winning the Gold Guitar in Gore. She won the prestigious Toyota Star Maker Competition in Tamworth Australia 2013. Keith Urban himself won the same award in 1990. Kaylee has since had ten top-10 singles in Australia, although, for the last two years she’s called Auckland home.

In 2014 Kaylee won best female Country Artist’ at the NZCM Awards and Best NZ Country Album Vodafone NZ Music Awards. Pieces, co-written with Jared Porter, won NZ APRA ‘Best Country Song’ in 2015, also became number one on the Australian charts and won the grand prize in the prestigious US Unsigned Only competition. LeAnn Rimes, Faith Hill and Shania have all been influences. Country music hasn’t been a big thing in our music history, but Kaylee says there’s more awareness now and the South Island is where it’s at. “You can’t like what you haven’t heard!” is her advice to those who aren’t hooked on the genre yet. Heartfelt was her debut album and Kaylee is recording her next self-titled album this year – a balance of country and pop, “with a heart and a story”.

See what Kaylee Bell is up to on her Facebook page www.facebook.com/kayleebellmusic/