When trained midwife Kat detected a sizeable lump in her pelvic region, she knew it was something to be concerned about and had it checked out immediately. Several tests and scans later, it was confirmed that she had metastatic melanoma, an aggressive type of skin cancer. 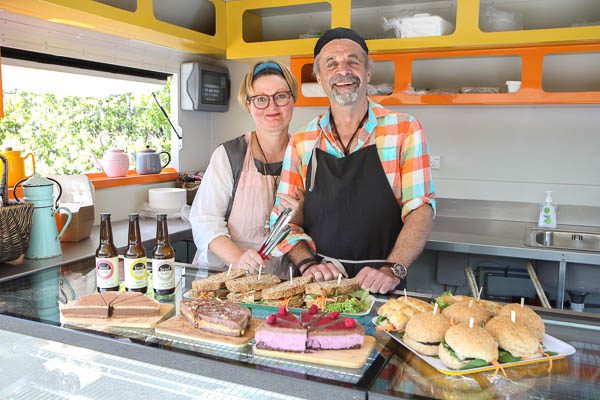 This came as devastating news to Kat, who was looking forward to marrying Darryl, the love of her life, in 2016 and settling down to a long and happy life together.

Kat underwent palliative surgery but refused further invasive treatments. Little did she know at the time that she was already on the journey to what was to become the most fulfilling work she and Darryl would ever know; and it all began with food presented on a hospital tray.

“I know budgets are tight, but the food was carcinogenic food that would literally support the spread of cancer,” Kat says.

One day Kat photographed her food tray and made a vow that should she survive the cancer, she’d do all in her power to try to help people understand that good foods can go a long way in preserving good health.

Kat never ate any of the hospital food; instead, she took her nourishment from the green smoothies Darryl brought to her daily. 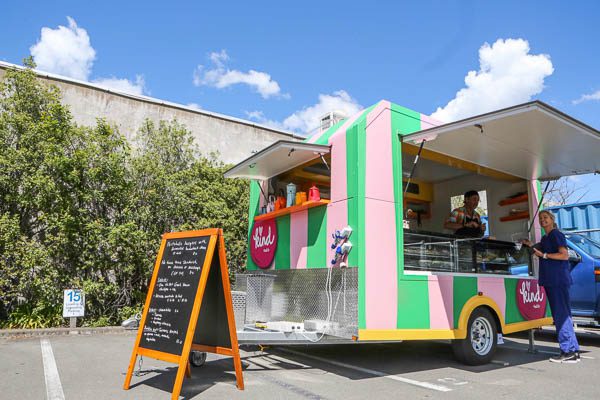 Overall, the statistics for surviving metastatic cancer aren’t good. Kat says many people have asked her how she survived it and she says that language around the disease is very important. “I never owned it. I never got angry or thought about ‘fighting it’. But I did feel determined about going with my own instincts as to dealing with it.”

Kat’s instinct was to begin an eating regime based on the extensive reading and research she’d been doing on nutrition and healing from disease.

“I believe diet plays a big role in healing the body. Basically, with the disease I had – of that magnitude – I couldn’t afford to make bad food choices. I made the decision to eat food that would support my nutrition and immunity, and give me the vitamins and minerals I needed, and I steered away from anything that would cause inflammation and send toxins through my body.”

Four years on and Kat is finally making good on that vow she made the day she photographed her tray of hospital food.

“Our plant-based mobile café came about because of three things: I always wanted to have my own café; there was nowhere to eat out that served healthy and tasty food; and, most importantly, this is our way of paying it forward. If we can provide people with one meal a day that’s packed with all the wonderful things to support their health, then that’s our job done. The power of nourishment can never be underestimated.” 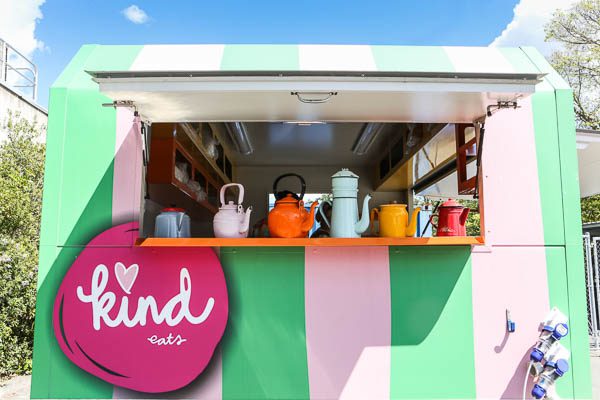 When not out in their mobile café, Kat gives cooking demos at her home, showing friends and colleagues how to make simple nutritious plant-based meals that aren’t expensive or time-consuming.

“I love the creativity of thinking up new and different menus, and experimenting with new recipes. I’m so happy when I’m cooking – listening to beautiful music… I even dream of food now!”

Currently Kat and Darryl’s mobile café services a city health provider two days per week, and visits Ohoka Farmers’ Market every Friday. They’ll happily cater for any function or event, and look forward to festivals, such as the 2019 FGS Vegefest on 24 November, and the Aroha Essence Festival, 17-19 January 2020.

“We’re passionate about what we do, and have big plans to grow our business,” Kat says, “There’s nothing more satisfying than handing over our life-affirming food to customers.”