Iconic Kiwi band Th’ Dudes has announced new dates for Th’ Bliss Tour, with the nine-date tour now scheduled to kick off in Wellington on 13 November and hit Christchurch on 4 December. 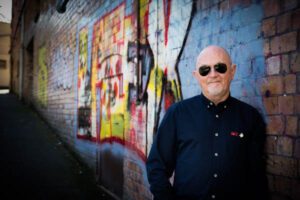 The newest inductees to the New Zealand Music Hall of Fame were due to hit the road in April for the first time in more than a decade.

Their first tour without founding member Ian Morris, it will feature Ian’s brother Rikki on guitars and providing backing vocals.

“And all with a greater sense of being alive and healthy!”

Originally formed as high school band Krispie in 1975 and disbanding in 1980, Th’ Dudes had an incredible impact on the New Zealand music scene with hits like Be Mine Tonight, Bliss, That Look In Your Eye, Right First Time and Walking in Light. They won Top Group and Single of the Year for Be Mine Tonight at the 1979 New Zealand Music Awards.

They stopped playing live in 1980, ahead of the release of their second album Where Are The Boys.

Since then, Th’ Dudes have only reunited for a tour in 2006 that saw 11 shows expanded to 17 due to the incredible demand for tickets, and visits to favourite holiday spots the following summer.

Th’ Bliss Tour is the first chance to see Th’ Dudes live in concert in 13 years, for shows promising high energy entertainment and all the hits.

Both Auckland concerts are sold out, with remaining tickets to other cities, including the Christchurch shows, on sale now.

In the meantime, fans can enjoy Bliss, a new compilation from Th’ Dudes now out on streaming services, with Bliss on Wax (LP) and Bliss on Disc (CD) available at all good record stores.

This newly re-mastered selection is from these lovingly archived recordings at Stebbing Recording Studios, where both albums were originally recorded and mixed.