Kieran Read first played for the All Blacks as a 23-year-old in 2008 and since then has amassed 127 test appearances in the famous jersey which places him third on the all-time New Zealand list behind Richie McCaw and Keven Mealamu. 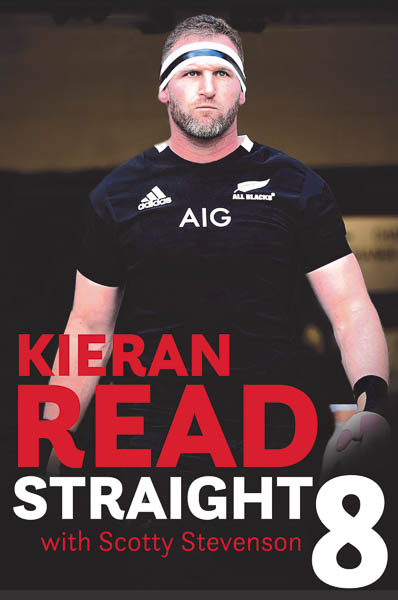 Now, after a stellar provincial, club and international career — including back-to-back World Cup victories — the retiring New Zealand captain is moving onto his next chapter as a published author.

Kieran Read: Straight 8 (Upstart Press, $49.99 RRP) has just been released and in it is Read’s open, honest and emotional recollection of his career.

Forthright and frank, Read’s well-respected views on the game are a must-read for rugby fans, and his take on the myriad personalities and the peccadilloes of his teammates, coaches and opponents will be sure to surprise and delight.

From the playing fields of Papakura to the world champion podium, Read has faced every challenge head on. His life story is no exception.

The Rugby World Cup on everybody’s lips? Completely up-to-date, the book includes a full and frank assessment of the All Blacks’ performance at the 2019 Rugby World Cup.

Tickets include canapés for the evening. Kieran and friends will be mingling with guests following presentations by Scotty Stevenson and guests, with all proceeds from the event going to UC Rugby. To book tickets, visit www.eventbrite.co.nz or find the event page on Facebook.

For more information on the book, visit www.upstartpress.co.nz.

Metropol has three copies of Kieran Read: Straight 8 to give away. To enter, just head to our Facebook page, like our post and tag someone you would love to gift this book to and you’re in the draw.