Elaine Paige, the queen of musical theatre, is heading to our southern city with a show at Christchurch’s Isaac Theatre Royal on Monday 21 January. 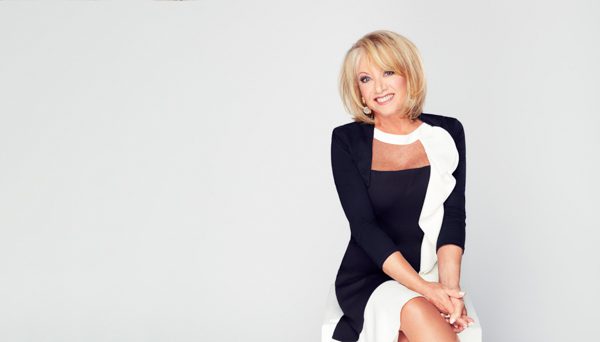 The English singer and actress has built a stellar career, with some laudable performances, including the role of Eva Perón in the first production of Andrew Lloyd Webber’s Evita in 1978, which made her a household name.
We caught up with Elaine to discuss her illustrious career.

Can you tell us a bit about the concert series and what Christchurch audiences can look forward to?
It’s a concert series that will be celebrating song writers that I love and people I grew up listening to, such as Harry Nilsson, Randy Newman and Carly Simon. It’s really celebrating their music and a bit of a soundtrack of all our lives really, from the late 60s to 70s. It’s a show that has something for everybody.

What attracted you to singing and performing?
Academically I was not that interested; I was always much more about the vocational things in life. Singing was something I knew I loved; I was in the school choir, did the end of school productions. Dad asked me if I would like to go to drama school. I’m always grateful he made that suggestion. I’m not altogether sure I would have come to that myself. From a middle class family, we knew nothing about drama schools or anything of that ilk. Pretending to be someone else appealed to me, so I went to drama school and that’s how it all began.

What are some of your career highlights?
Evita will be one of the major highlights. Having the opportunity to originate the role of Eva Peron gave me a career in musical theatre, so that will always be the one that is most special to me. I was able to pick and choose after Evita what roles I wanted to play. I was very fortunate to find myself in a very privileged position that gave me a career and choice.

You’ve performed at some of the biggest venues around the world, what are you looking forward to about performing in New Zealand?
I’ve come ‘Down Under’ to New Zealand and Australia several times during my career, although I haven’t been your way in half a dozen years. So I’m really looking forward to visiting and seeing the changes. Equally it’s like coming home really because New Zealand is so similar to England. That’s what I like about it. People are always very welcoming and in the past have come out to see me, so I’m hoping I can enjoy the same this time around.

What do the next 12 months have in store for you?
I’ve always worked very hard, many hours, done many different things. Next year I’m coming to see you in January, then when I come back to England there’s some television on the cards, a play I might be doing and in the summer I’m looking to do a new album with Cliff Richard. I’ve been having a quiet year this year, jumped off the bandwagon for a bit, smelled the roses and next year is looking to be quite busy.