Sparking deep discussion and connection since 2010, TEDxChristchurch is celebrating double digits this year with a milestone event that’s bigger and better than ever before – TEDxChristchurch 2019: Tūrangawaewae. 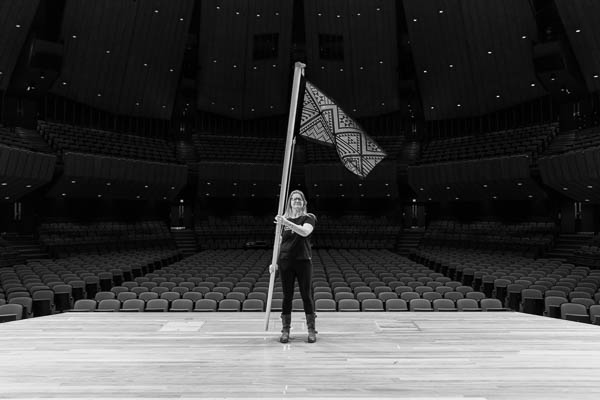 For the first time, the TEDxYouth@Christchurch has teamed up with TEDxChristchurch to bring an entire weekend (24-25 August) of TEDx celebrations to the city of Ōtautahi. The two teams have joined Cultural Partner Matapopore Charitable Trust to develop their most inclusive theme ever: Tūrangawaewae – meaning ‘a place to stand’ or ‘place of belonging’.

“For nine years, we have opened every TEDxChristchurch with a mihi, delivered by mana whenua, to acknowledge and show our respect to the traditional people of this land,” TEDxChristchurch licensee and curator Kaila Colbin says. “Now, for our tenth edition of TEDxChristchurch, we are honoured to progress our journey towards bicultural practice, by partnering with Matapopore to integrate tikanga Māori into the heart of our event.”

For the first time, our spectacular Christchurch Town Hall will set the scene for the two inspirational events. Both will feature activations from HIT Lab NZ, interactive art installations, a pop-up Scorpio Books bookstore and branded merchandise (for the first time!).

Day 1, Saturday 24 August, will be brought to us by the TEDxYouth@Christchurch team, who have been carefully curating a collection of around 12 speakers/performers for a half day event of ‘ideas worth spreading’ at the James Hay Theatre.

Specifically produced for under 25s, by under 25s, TedxYouth@Christchurch will hear inspiring speeches from the likes of talented comedian and poet Ray Shipley; young entrepreneur and Crimson Education co-founder Jamie Beaton; and orator Takunda Muzondiwa, whose recent speech at the 2019 Race Unity Speech Awards made global headlines.

Day 2, Sunday 25 August, will see around 1700 TEDxChristchurch fans gather for a full day event in the Douglas Lilburn Auditorium to watch 20 speakers share thought-provoking and challenging stories and ideas.

With our very own Jack Tame as the events’ master of ceremonies, TEDxChristchurch 2019: Tūrangawaewae is undoubtedly shaping up to be the city’s event of the year. For more information and tickets to either event, visit www.tedxchristchurch.com or www.tedxyouthchristchurch.com.

The Christchurch Town Hall rebuild has been a journey of epic proportions and Sir Bob Parker has been there from the beginning. We caught up him about their shared journey together. 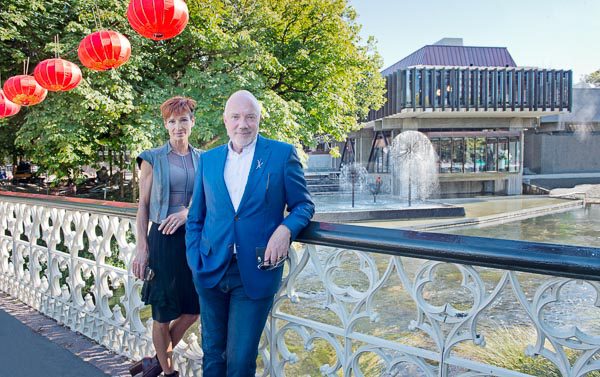 The Town Hall has recently reopened after being severely damaged in the February 2011 earthquake. You were the Mayor at the time and started the steps to save the historical building. Why was there so much, not only council effort, but community effort to refurbish this structure?

From the time it opened in 1972, with the design by Sir Miles Warren and Maurice Mahoney, the community has felt a sense of pride and accomplishment. It was and is again today a beautiful location to enjoy a performance of any kind. Just about everyone around Canterbury and beyond have a memory around a time they have attended or visited the Town Hall.

From the beginning this hall was a building for the people and it has been referred to as the ‘cathedral for the people’. The designers, Sir Miles Warren and Maurice Mahoney, developed a showcase piece of architecture, which provides a thread for our community.

You mentioned you have a long personal history with this building, how so?

I remember the time when the Town Hall was only an idea; a sketch. I was a teenager and my parents were behind the community fundraising efforts to build the hall. People could buy bricks and that money was donated to the build fund. It was the community who fundraised the beautiful Reiger organ which graces the hall.

The Town Hall has gained an international reputation, why do you think that is?

With the halls reopening, we are so pleased that the Christchurch Symphony Orchestra will now have a place to call home where they can practice and perform.

A quick story is that I was passing through Christchurch Airport and a gentleman introduced himself. It was Harold Marshall. He was on his way to Paris to discuss the acoustics for a new building they were designing and that was because of the reviews of the acoustics in the Town Hall.

Was it always the plan to save the Town Hall?

During my time as Mayor, my councillors and I approved the steps to save the hall. When I left office, as with any council transition, others had different ideas and goals. The Town Hall was re-evaluated and questioned whether to save it or not. Thankfully the new council recognised that we’d made the correct decision, changed their minds, reaffirmed our call, and the refurbish journey began. It was a collective effort of so many and I personally am so appreciative of the outcome. The Town Hall is a Christchurch icon.

Almost eight years since the 2011 February earthquake forced its closure and three years since restoration work began, the Christchurch Town Hall is earning its place as the central city’s comeback queen.

The first rebuild of this magnitude to be completed in the city, enhancements include modern and integrated technologies, extensive heating and cooling systems, improved accessibility, retractable theatre seating and reconfigured backstage facilities, though its heritage aesthetic will remain largely unchanged.

We’re excited to see events return to the Town Hall

Post-quake, Horncastle Arena and the Air Force Museum of New Zealand have provided valuable alternatives to many events traditionally held in the Christchurch Town Hall, such as music festivals, community events and conferences up to 1,500 guests. The first contracted event will see the Christchurch Symphony Orchestra return to the Douglas Lilburn Auditorium when it performs alongside popular artist Shapeshifter on Friday 1 March 2019. Other events scheduled in the first six months include national and international conferences, concerts, gala dinners and community events.