The golden days of cinema have returned to Ōtautahi with Lumière Cinema recently lifting the curtain on the new cinematic experience at the Arts Centre Te Matatiki Toi Ora. 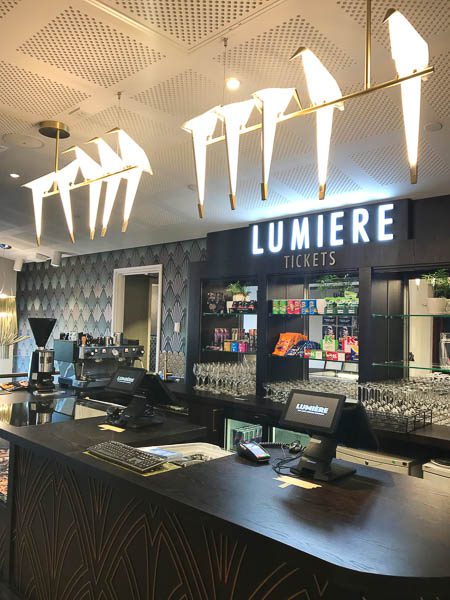 The boutique cinema has been created for Christchurch by well-known cinephile Nick Paris, who has worked in Christchurch’s cinema and film industry for 40 years, and Max Hoffman, a former screenwriter who wrote for several major motion picture studios in Hollywood.

Set amongst the heritage features of the restored Gothic Revival buildings, with the indulgent art deco features for inspiration, they have created a space that caters to those with the most discerning taste. The two theatres are decked out with high-back velvet chairs, while a curtain show is reminiscent of Italian grand theatre.

Nick Paris says Lumière will take filmgoers back to the good old days of cinema. “Although the habits of watching moving images are constantly evolving, the social value and pleasure of watching a film in a special place such as ours remains unique and undiminished,” he says.

Lumière also features locally sourced libations and refreshments at one of their little secrets – the Bijou Bar, overlooking the stunning Botanical Gardens. Within the splendid walls of the Arts Centre, Lumière provides a cinema-going experience that is second to none – not just for Christchurch, but for the cinematic world. It’s an experience that’s simply unmissable.