A beautiful historic context is woven into the Canterbury landscape, but perhaps one of the most poignant of them all is the story behind a little Canterbury haven known as Cholmondeley Children’s Centre, in a dip off the main highway through Governors Bay. 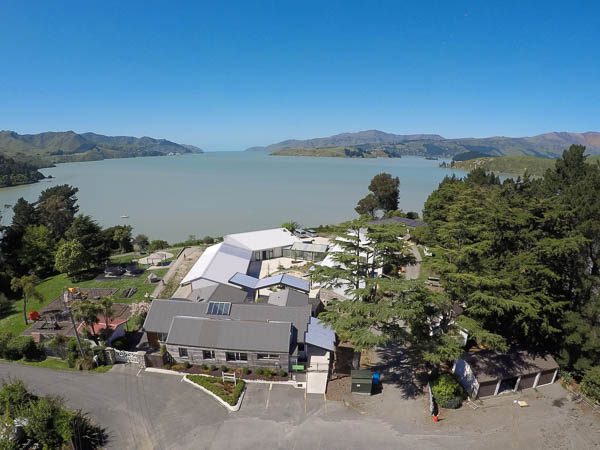 Hugh Heber Cholmondeley and his beloved wife Margaret, known affectionately as Mary, had been unable to have children of their own and when Mary died unexpectedly, Hugh decided to purchase land in Governors Bay that had been owned by nuns and built a children’s home to meet the needs of the city’s young people – at 6 Cholmondeley Lane.

Known simply as Cholmondeley – pronounced Chum-Lee – 94 years later it still continues to meet those needs with short-term and emergency respite care and education for children from 3 to 12 years, and support for their families. “He gave everything he had to the children of Canterbury,” Cholmondeley Chief Executive Arron Perriam explains.

“While the challenges facing Canterbury children in the early 1920s were largely health-focused, with infantile plague, influenza and tuberculosis, today’s children are affected by many issues including the breakdown of the family unit. We work to enhance the wellbeing of children and their families, continuing to honour Hugh’s vision by supporting the children of Canterbury.”

Just metres away is the original homestead, which has supported more than 25,000 Canterbury children since its opening in 1925, before being demolished after irreparable damage was sustained in the February 2011 earthquake. Its $6.5 million replacement was officially opened by Prime Minister John Key in 2015 and the need for its services has continued to grow.

The largely community-funded Governors Bay organisation has experienced an unprecedented demand for its care and education services, with a 150 percent increase in the number of children in its care post-quake. Today more than 500 children stay at Cholmondeley each year.

Cholmondeley provides wrap-around services, designed to empower our young people by extending themselves educationally, physically and emotionally, with registered teachers, social workers and child youth care practitioners. “What we provide is residential care, but what we actually do is about so much more than that,” Arron says. “We’re providing a loving, caring, secure environment for Canterbury children which at its heart, is about healing our community.”

Last month Cholmondeley held a street appeal as part of its inaugural Little Gems Awareness Month. “There’s an assumption that we’re doing well but the reality is we’re running at a deficit and have been for many years,” Arron says. “These services we believe are essential for our Canterbury community, the demand is not going away and the need to provide these services is now stronger than ever.”

The increased need for Cholmondeley’s care services is the result of ongoing stressors facing families, including bereavement, financial difficulties, mental or physical illness and family violence, with the effects of the earthquakes and the Christchurch massacre having a devastating toll.

“That same spirit of generosity that saw the formation of Cholmondeley in the early 1920s is still alive today and the fact that our wonderful Canterbury community continues to provide support for other families enables Cholmondeley to do what we do.

“That’s something Canterbury can be really proud of.”