Dean Harrison is one of the luckiest people in Christchurch, perhaps even the country. But he doesn’t see it that way. In fact, he sees all his success as a direct result of ‘applied optimism’. 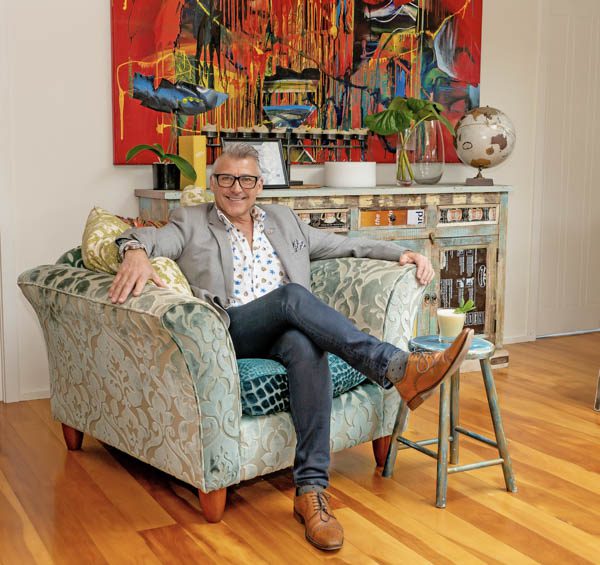 A life philosophy centred around the concept of the glass being half full, Dean is all about visualising the positive outcomes he wants to invite into his life. Whether that’s carparks becoming available upon his arrival, or finding wallets during the course of his day – he’s found 63 now, though assures he has returned every single one – his sales statistics, his fishing fortune and, more recently, his weight loss. But perhaps even more powerful is the fact that he has even taken out the more than $2m jackpot in the Lotto… and predicted it would happen.

Dean had done 36 different jobs before he “fell” into his current role, which he has been in for 22 years now. The Mediaworks consultant was recognised recently for selling $10m of advertising within his current role (and has sold close to $15m in total throughout his career). “My natural inclination is ‘the glass is half empty’, but through mindfulness, I remind myself to be positive,” Dean says.

“A quiet mantra of mine for years has been the Jim Rohn quote, ‘For things to change, you have to change’. Working on myself is a constant ongoing process.” Belief, he says, sets the scene of your life. “What we believe to be true, will be true. I believed I was overweight and unhealthy so to change that, I had to believe it. The same principle applies to income and business; what we truly believe and expect to get, we get!”

He has lost more than 20kg in just three months. “A good friend said to me, ‘you can be an example or you can be a warning’ and I chose to be an example,” Dean says. “I have been totally focused, with only a little cheating to get those results,” he laughs. “I had high blood pressure and was on Losec for a long time; now my health is the best it has been in years and I’ve got so much energy,” (these results are not typical and individual results will vary). “For me, managing weight is not about the perfect body mass index (BMI). It’s about being able to stand in front of the mirror naked and feel good about the image that looks back at you.”

It’s the products from global nutrition company Herbalife Nutrition that he attributes his weight loss success to. So much so, that he’s now selling their products. In fact, he’s making himself a Herbalife Nutrition shake when I catch up with him. But it’s not about selling products, it’s about sharing good nutrition, he says. “Herbalife is about nutrition, not dieting. It’s more an evolution than a revolution. In New Zealand, the statistics are at an all-time high – over 70 percent of us are overweight or obese. This is an opportunity for people to take control of their health in a positive way for their future.”

Dean has also played an important role in fundraising within the community, starting a Child Cancer fundraiser with his ex-wife which raised more than $2m before he was introduced to Koru Care, helping to raise a similar amount for that charity. “I’m in a privileged position to be able to give back and it would feel almost dishonest to not do that, so I’m currently looking into what I can do in that direction in the future.”