Star anise is the star of the culinary show with these chocolate fondant cakes with orange ice cream, adding spice to what is a fairly traditional cake. 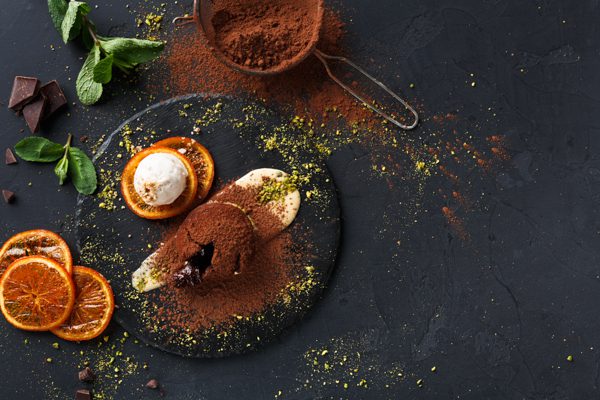 For the star anise chocolate fondant, preheat the oven to 180°C and grease four ramekin dishes. Add a small amount of the grated chocolate to each, turn them to coat the sides and bottom, shaking out any excess.
Bring a little water to the boil in a pan, then reduce heat until the water is simmering. Suspend a heatproof bowl over the water, not allowing the base of the bowl to touch the water. Melt the chocolate and butter together in the bowl, then remove from the heat and whisk in the ground almonds, egg yolks, cornflour and star anise.