Local Year 13 student Sarah Lawrence will be heading to London to tread the boards at the famous London Globe theatre next year. 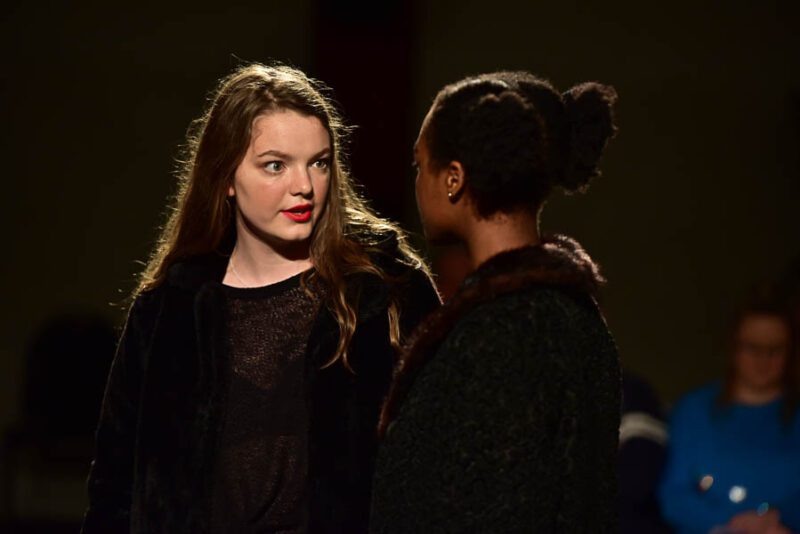 One of four students from Christchurch (two are from Cashmere High and one from Catholic Cathedral College), she will be joining 24 of the most talented young actors from around the country, as members of the Shakespeare Globe Centre New Zealand Young Shakespeare Company.

A member of the Court Theatre Youth Company and one of 48 students selected for the SGCNZ National Shakespeare Schools Production (NSSP) in September, Sarah has been able to hone her skills and confidence on the stage.

“It was incredible to have the experience of working with nationally and internationally recognised directors at the NSSP, and also so much fun to work with such talented actors and creatives from around New Zealand,” she says. “The experience of playing Lady Macbeth in the Pipitea Marae on the Wellington waterfront then again in the Legislative Council Chamber in Parliament was unforgettable.”

Sarah’s mum Samantha says she is thrilled for her daughter, who has grown as a performer (both as a musician and actor), supported by the opportunities and tutoring at Rangi Ruru.

“Rangi has given Sarah the freedom to involve herself in a wide range of activities available in Christchurch and New Zealand, alongside her academic studies. She’s fortunate to have had a lot of high-level music tuition and tutelage in theatre, and has learnt by performance in front of an audience, rather than through a series of exams. It’s given her confidence to take risks, artistically speaking, and really fly,” she says.

When asked if this talent and drive runs in the family, Sarah immediately mentions her 74-year-old grandfather who was a bass operatic singer but chose not to pursue it professionally.

“He’s amazing,” she says. “He’s been performing in the last few weeks in his hometown in Australia, in a local production of Phantom of the Opera. My mum says she remembers seeing him dressed up as the grandmother in a panto version of Little Red Riding Hood, dancing to the Time Warp. Mum was my age at the time and was ready to be completely embarrassed, but was so proud of him when she saw how talented he was. I love that story,” she says.

Sarah will sit her Year 13 scholarship drama examination soon, under the tuition of Peter Rutherford, the Director of Theatre Arts at Rangi, and has already completed her scholarship music exam under Janet Kingsbury, Rangi Ruru’s Director of Music.

She heads to the UK in July and until then will be completing her school year, at this stage intending to study Law and Arts at Victoria University for the first half of 2020.