Fifty years ago, Christchurch businessman Graham Bernie fell in love with two beauties. One was a woman called Lynn Small. The other was a 1968 Ford Galaxie 500 convertible. He married one and forty years later bought the other. 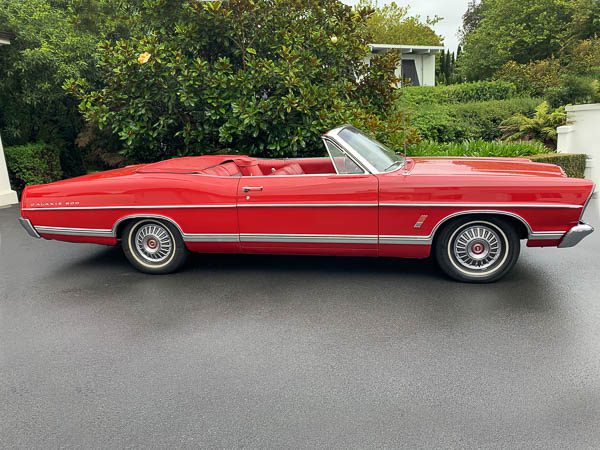 “It takes pride of place,” he says proudly of the full-sized American-made scarlet classic housed in his five-car Fendalton garage. Originally from the West Coast, Graham first met Lynn in Christchurch when he was 20. “She was living next to a friend of mine,” he smiles.

Desperately wanting to court Lynn, he soon realised he wasn’t the only man vying for her attention. “An older friend of mine had bought a yellow 1968 Ford Galaxie convertible and offered to take her for a ride. “Who could resist?” he laughs. When the friend arrived to pick Lynn up, he got Graham as well. “I made him take me!”

Sitting in the back beside the woman who was to become his wife and mother of his two sons, Graham said he was in “seventh heaven”. “We rode out to New Brighton when there was shopping on a Saturday… I thought it was the nicest car I had seen in my life.” A leather goods salesman, Graham says he thought he would never own a car like it. “It was the size of a small house. To own one was an impossible dream – a pure fantasy.” 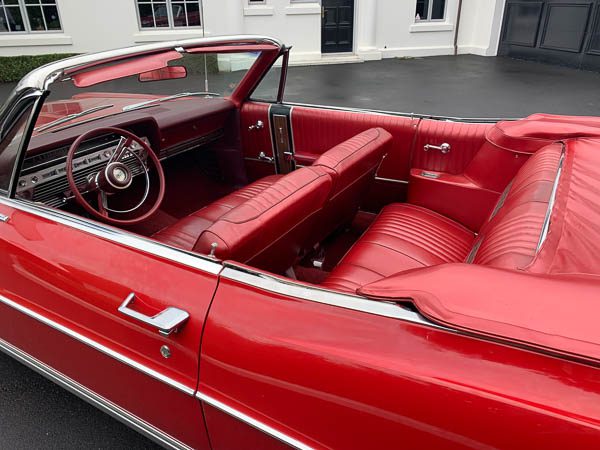 At age 25, Graham became a car dealer and the rest is history. He enthusiastically started up a small car company in Moorhouse Avenue and went on to achieve success importing cars out of Japan. Cars have always been a passion. “I think it was every boy’s dream.”

Chatting from his luxury home in Heathfield Avenue, the developer and international car broker explains he bought his Ford Galaxie 500 from Turners in Christchurch 10 years ago. “I had been looking for years and finally saw the exact same model advertised for auction at Turners. I knew I had to buy it, so I did,” he says.

Lynn didn’t feel the same way. “She initially thought I was a nutcase. I think she’s been in it three times over the past 10 years. The memories are probably better than the reality,” he laughs. However, there were no regrets, Graham smiles. “And I’ll never sell it.” With a 590 cubic inch engine, the Ford Galaxie has only ever been driven by his two sons, with only 2000 miles being added (now with 38,000 on the clock).

This November is a milestone for the couple, who will celebrate 50 years of marriage. “If the house burnt down it would be the first thing taken out,” he says of the car. “After my wife,” he adds.