The last time we saw a Mitsubishi ‘Eclipse’ it was during early noughties and it was a soft, wallowy coupe built for the American market. Now though, like it did with the Mirage, Mitsubishi has resurrected the Eclipse brand to showcase its latest sports soft roader, the Eclipse Cross. 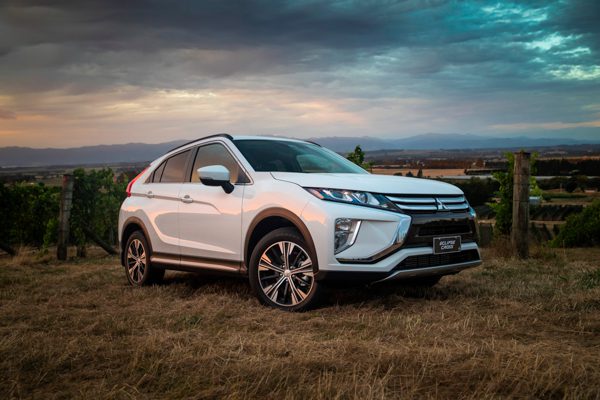 For those after something smaller than an Outlander, yet bigger than an ASX, the Eclipse Cross fills a gap in an ever-growing niche market for the Japanese manufacturer.
Visually the Eclipse is the Marmite of the motoring world – its edgy styling won’t be to everyone’s taste, but the distinctive sharp angles and one of a kind tail section brings a real statement to the Mitsubishi family.
The range consists of four models, starting with the entry point 2WD XLS at $41,690 and finishes with our test car, the top of the range AWD VRX at $47,590.
All variants come standard with Mitsubishi’s infotainment system with seven-inch screen, Apple Car Play and Android Auto. All infotainment functions are controlled by a mousepad in easy reach of the driver, though it does require a frim press. Other standard features include 18-inch alloy wheels, lane departure warning, and reversing camera. 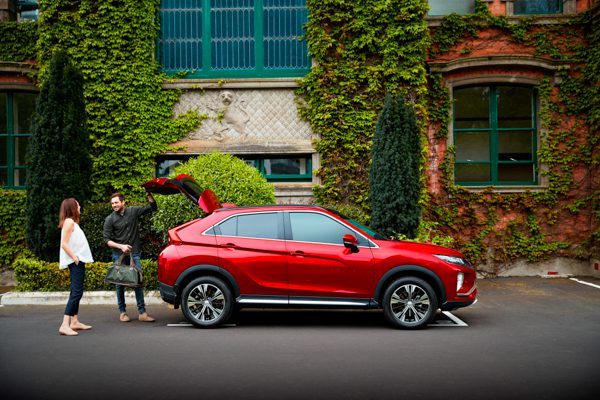 The VRX we tested, thanks to its $5,900 premium, over-the-entry-level XLS, comes with adaptive cruise control, blind spot monitoring, heated electric seats and a very clear and concise head-up display.
The interior itself, for driver and passengers, is a nice place to be. Leather chairs are very supportive and sitting upright makes for a good driving position. Rear passenger headroom is a tad restrictive due to the sloping roof line and 374 litres of boot space is modest at best. However, drop the 60-40 split rear seats and this increases to 653 litres.
All models also share Mitsubishi’s all-new 1.5-litre MIVEC turbo petrol engine with 112kW of power and 254Nm of torque. Mated to an eight-speed CVT auto, you will be returning fuel figures of 7.3L/100km.
On the move, power delivery from the MIVEC Turbo is linear and very smooth. Electric power steering does lack in feel but still manages to be sharp and precise. The high riding stance means you aren’t as planted in the bends and it does get a bit wobbly, but thanks to the AWD system, there is plenty of grip on hand to keep you out of the trees.
The Eclipse Cross shines best when cruising motorways and suburbia. On the former, simply set the adaptive cruise control at 100km/h and the engine just hums as you waft along on a wave of torque. Plus the addition of suspension and damper tweaks makes for a sublime ride.
All in all, thanks to a sweet power unit, good levels of equipment, and that love or hate styling, the all-new Eclipse Cross, despite a few niggles, is well-worth considering.