Eating, which was once a subsistence-driven activity motivated solely by the need for survival, is today driven equally by taste, fulfilment and efficiency as we increasingly seek food that is as quick to prepare as it is tasty. Add sustainability and nutritional efficacy to your plate and it’s a lot to chew. 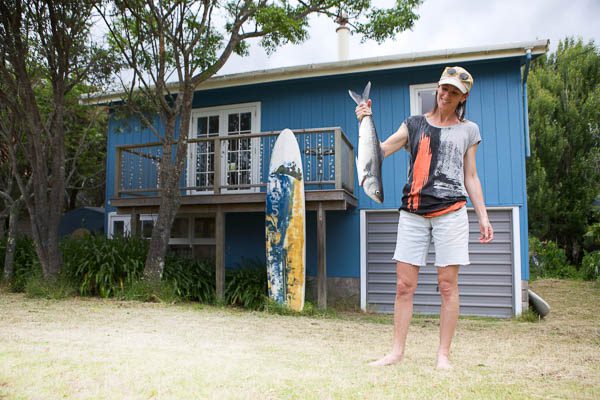 So if we’re looking for planetary sustainability in our food sources, how does that stack up against nutrition? Not comfortably, according to Dr Caryn Zinn, a New Zealand Registered Dietitian and senior lecturer and researcher at AUT, with more than 20 years’ experience in the nutrition and health industry.

Pointing to the ‘planetary health diet’, created by international commission EAT-Lancet to provide nutritional guidelines while also addressing farming’s negative role in driving climate change, she says she has “a big problem, nutritionally and health-wise with the diet”.

Her colleague Dr Zoë Harcombe, an obesity researcher in the United Kingdom, analysed the EAT-Lancet diet, with the researchers finding that the diet was high in carbohydrates, and sugar in particular, low in protein (i.e. less than current guidelines), and insufficient in several important micronutrients, such as vitamin B12, vitamin A, calcium, iron and sodium. While there was a good amount of fat, Caryn says she has big concerns over the quality of those fats.

There’s also a concerning imbalance of omega 3 (from processed inflammatory seed oils) to omega 6 in there – an imbalance which is the root cause of chronic inflammation – and the vitamin K that we get from plant-based diets is also in a form that is less able to be utilised optimally by the body.

“What’s worse, is that if we go fully plant-based (i.e. vegan), we’ve got vitamin B12 and DHA as issues and they need to be supplemented,” Caryn says. “Plant-based diets are completely devoid of vitamin B12 and have very limited DHA, a crucial fat for brain development and reducing inflammation.”

The co-author of four books in the What the Fat? series, Caryn is a proponent of what she calls the ‘low carb, healthy fat’. “What people don’t realise is that all carbohydrates turn to sugar in the body. “There is a body of evidence showing that carbohydrate-reduced diets have incredibly good efficacy for reducing weight, improving blood sugar control and for reversing type 2 diabetes.”

Those saturated fat rumours you’ve heard? Also not true, Caryn says. “In fact, it’s not the saturated fat that’s the problem, it’s the sugar that is the problem. Saturated fat is potentially neutral or beneficial rather than harmful – it’s certainly harmful when you eat the donut with the cream, but if you eat whole, natural fat from animals, it’s not a problem.”

So too has much of the research carried out on red meat been flawed, she says, combining all red meat – such as a nice piece of eye fillet steak that you get from a grass-fed animal with a hot dog – “I think the evidence around red meat and chronic disease is not solid”.
One of the biggest issues with the ‘plant versus animal’ studies that have been carried out is the ‘healthy user bias’.

“People who are eating plants in general are very aware of planetary health, they also tend to look after themselves, they tend to have positive health behaviours, so when you look at the studies, you’re always going to get a whole lot of positive behaviours that go alongside eating plants, as opposed to animals, so it’s an unfair study comparison.”

The population based studies that have been done have compared those that eat animals and those that eat plants, in the context of good quality wholefoods and she says “they found no difference in terms of longevity and health”.

“We are omnivores,” Caryn says. “We evolved with ancient foods like whole plants and whole animals. There’s this quote that we don’t see modern disease with ancient food, we see modern diseases with modern foods. We have become savvy with technology, which has been to our benefit in some respects, but has also been our worst enemy. We’ve now created pseudo food and food-like substances, and that’s what’s forming most of our population’s diet.”

When she talks of the ‘optimal’ diet, she talks of foods with ‘low human interference factor’ – “so the less processed, the less packaged, the better”. “I’m a big fan of beef, lamb and fish, but I’m also not a fan of overeating those foods, so I think eating the right amount that you need and combining them with vegetables and using good quality fats.

“The optimal dinner meal might be a piece of steak or lamb, leafy greens and a range of colours of vegetables cooked in either olive oil or coconut oil with lots of spices, salt and pepper.” So can plant-based be a healthy option? “I think it can be a healthy option, provided you supplement the things you’re missing.”

Gesturing towards two photos of burgers and fries, she points out that the only difference between these two photos are that one has less meat – fries are, after all, plant-based too. “If we think that by going more plant-based, the world is going to clean up its act and suddenly get more physically active and eat whole, unprocessed foods and look after themselves, that’s awesome, but the reality is, what we’re going to see is people are still going to be eating poor quality junk food, the difference is there’s going to be less meat in it and that could be a problem for not only chronic disease, but also for nutrient deficiencies, long term.

“I’d like to issue a global warning and that global warning is that we need to be very careful in that with this ‘action’ we don’t get a ‘reaction’ that might save the planet but in the process make the population unhealthy.”