This year marks 90 years since Rangiora Pharmacy began caring for the community. 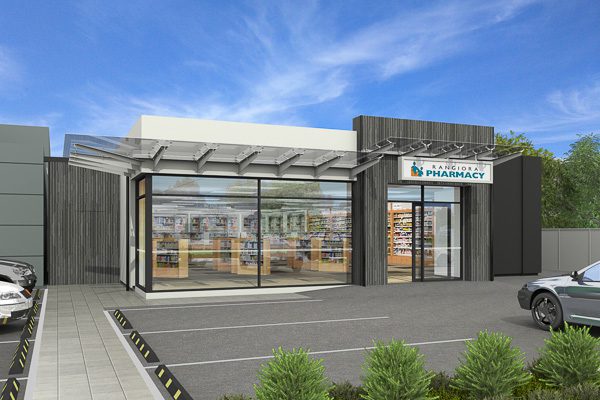 Of course, there have been quite a few changes in those nine decades and perhaps the most significant changes have occurred in the last one. Pharmacist Greg Knight bought the business in 1998 and has operated it ever since. Roads in the area are named after his family, so Greg definitely has North Canterbury in his blood and that connection to the community is about to become even stronger.

For the last two years, Rangiora Pharmacy has been operating out of a portable, temporary premises on Durham Street. After the earthquakes, the High Street building out of which the pharmacy operated was deemed safe, but adjacent buildings put its future in jeopardy and, after several years of limbo, new plans evolved.

Durham Health, a family medical and surgical centre, had plans to extend both its facilities and services, including the addition of a pharmacy. “I had been in talks with the people at Durham Health,” Greg says. They have had a long working relationship, and in the search for a new home for his pharmacy, it made sense for the two businesses to work even closer together in the new, purpose built facility. “We got the go ahead to put the portable building out front.” 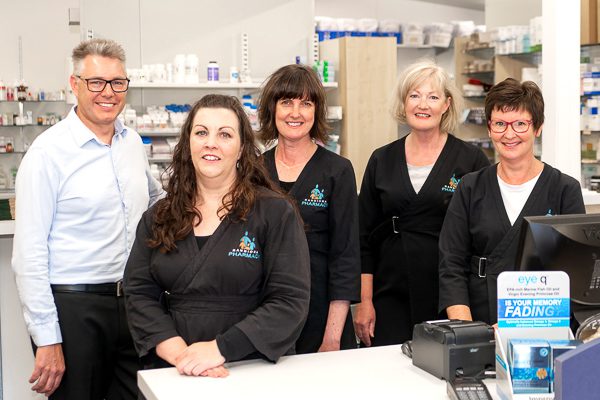 Rangiora builder Colin O’Neill, whose building company had constructed the current Durham Health building, was brought in to build the new premises into which Durham Health will expand its services, and Rangiora Pharmacy will reside.
Robin Wright, of R W Design, a well-respected North Canterbury architectural firm, conceived the building plan, and construction is now very close to being completed.

The opening of the new building, projected to be early March, will be of great benefit to the community. It will bring together additional services, including Pacific Radiology, to the pharmacy and existing services. Its X-ray and ultrasound will greatly improve midwife services. Active Health physiotherapy, podiatry, and sports medicine services will expand to full time there, and Family Planning will also have a new presence.

“It creates a very patient- centred focus,” says Durham Health co-owner and Business Manager Sue Cable. “We are trying to ensure that the community has access to as many services as possible in the same space.” The pharmacy hours will match the doctor’s hours, making it a convenient one stop shop. There is plenty of off street parking, and the same friendly faces of Greg’s team will be there. 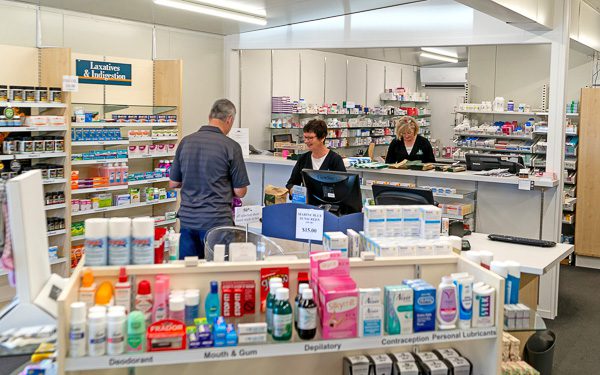 “I want to give a shout out of thanks to my staff and customers,” Greg says. “They’ve put up with the inconvenience and some trying times.”  He’s very grateful and looking forward to the next chapter for his business, and to serving the Rangiora community more effectively.