Twenty-five years ago Janet Messervy founded the first Z-Club at Avonside Girls High School (AGHS) to encourage leadership and organisational skills in young women through service to their community. 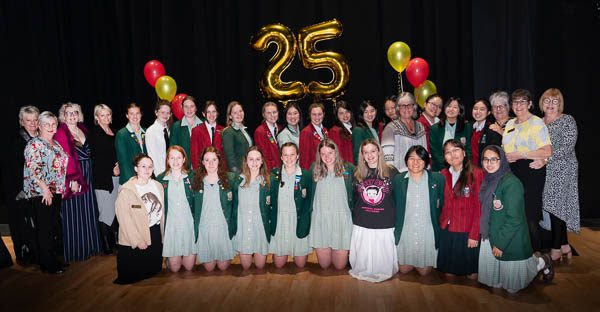 These student clubs are designed to provide opportunities for young adults to develop communication and leadership skills, explore career alternatives, and increase their international awareness and understanding through service.

“I think things like this can slip by, as we take for granted what people do for others,” Phillippa Jacobs says of the importance of acknowledging the work done by Z-Club AGHS. She’s the Area 3 Director for Zonta, member of the Z and Golden Z Club International Committee, and chair of the Z-Club AGHS for 11 of the 13 years she’s been in Zonta.

It’s estimated that around 700 girls have passed through Z-Club AGHS – an impressive number that undoubtedly has been built from the continuous support from people such as AGHS Principal Sue Hume and AGHS teacher representative of 25 years, Anna McNeil, as well as Zonta Committee and past Z-Club members.

Like many teens in east Christchurch disrupted by the quakes, AGHS pupils were dislocated from their schools and normal school routines, but the girls of Z-Club AGHS found a sense of purpose by maintaining fundraising efforts and helping others in need.

Another charity they’ve had a long and ongoing association with is Ronald McDonald House South Island (RMHSI), of which the Z-Club AGHS bacon and egg pies are legend. However it is The Mural, on the corner of Linwood Avenue and Aldwins Road, that’s been, to date, their most epic fundraiser for RMHSI – it raised $6,000, which was donated to the charity to buy new ovens.

Phillippa’s closing words at the 25th celebration encapsulate best what its members have brought, and will continue to bring, to our community in the years ahead: “To be able to help children and families, to give a smile, to offer hope and love is a wonderful thing.

“Making cupcakes; running bake sales; waitressing at Zonta events; cutting dress patterns for a girl on the other side of the world; chocolate raffles; car washes; toy, book or blanket collections, or weekly rest home visits to the dementia care unit… it is a privilege to be in a position to help others. I thank the school deeply for allowing a Z-Club at your school to help so many lives. Keep up the wonderful work you all do.”