Described by Rolling Stone as “the best rock musical ever”, Broadway hit and four times Tony Award winner Hedwig and the Angry Inch is coming to The Court Theatre May 11 to June 1. 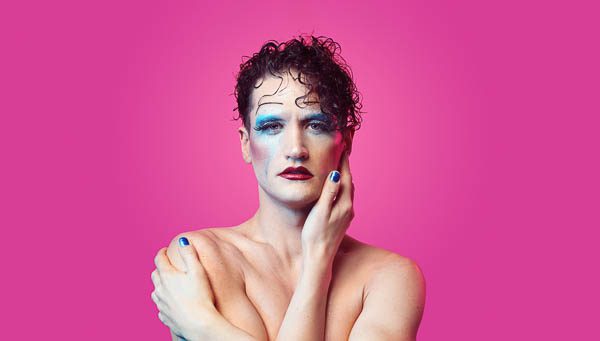 Hedwig is an ‘international ignored song stylist’ whose personal history of sacrifice and struggle, including her botched sex operation, is told against a punk/glam-rock soundtrack reminiscent of David Bowie and Iggy Pop. Directed by Michael Lee Porter, with musical direction by Luke Di Somma – co-creator of That Bloody Woman – Canterbury audiences are assured of one hell of a night out!

New York based Australian actor Adam Rennie plays Hedwig, and he says he feels a real responsibility in his portrayal of this very challenging role. “For me, if people leave the theatre thinking about how different & strange a character Hedwig is – even if they love her – I haven’t done my job. I want the audience to see how much they have in common with her and see themselves underneath the glitter and makeup.”

Phoebe Hurst plays Hedwig’s husband, Croatian immigrant and ex-drag queen, Yitzhak. Four musicians join the duo to complete the Angry Inch band and bring this show of awe-inspiring costumes, wicked wigs, killer heels and thrilling special effects to life. Porter says that it’s Hedwig’s story that gives the production so much heart. “It’s not every day a musical comes along that resonates with so many different people on so many different levels.”