Critically acclaimed Kiwi songwriter, musician, vocalist and producer Bic Runga showed her support for the victims of the Christchurch terror attack at last month’s You Are Us/Aroha Nui concert. 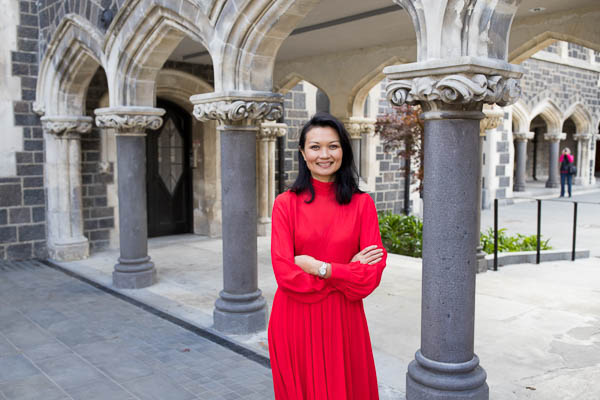 Now she’s stretching out her stay in her hometown, where she is the first artist-in-residence in The Arts Centre Te Matatiki Toi Ora since the earthquakes. The two residency apartments were closed after the earthquakes, along with the independent charitable trust’s other category one heritage buildings and the Creative Residencies programme has been on hiatus ever since.

However, with the $290 million restoration programme at The Arts Centre now two-thirds complete, the programme has been reinstated to welcome creative-thinkers back into the space 20 years after it first launched. Auckland-based Bic – who was made a member of the New Zealand Order of Merit for her services to music in 2006 and inducted into the New Zealand Music Hall of Fame in 2016 – arrived last month for a two-part residency in a freshly restored and strengthened building in the Christchurch cultural centre where she will stay until later this month, before returning for a week in July to hold songwriting workshops.

“This residency is a wonderful chance for me to reconnect with my Ōtautahi roots and give back to a community that has been through so much,” she says. “To be based in such a beautiful Aotearoa heritage landmark steeped in so much arts and cultural history and where many great creators have been before me is a real honour. I can’t wait to see the impact it’ll have on my songwriting.”