It was in 1998 that Mercedes-Benz New Zealand first offered a new vehicle that helped to redefine the brand and significantly grow its appeal. The M-Class (now known as the GLE) marked the brand’s entry into the emerging SUV category and set a blueprint for a family of high-riding vehicles. 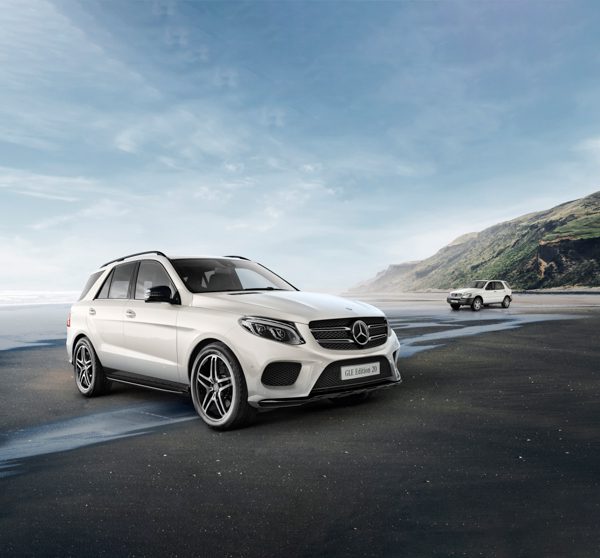 The M-Class and the GLE, have become firm favourites all over the world. A combined total of more than 2.4 million have been built over 20 years and the two ranges jointly became the best-selling SUV in the Mercedes-Benz range in New Zealand.
Last year I got my hands on it to do a tour to Queenstown and get a handle on its performance in some of the worst winter driving conditions you can get. Sitting quite high with a reasonable clearance, it handled like it was a summer day.
Now there’s a new variant of the GLE 250 d 4MATIC and GLE 350 d 4MATIC, known as the ‘Edition 20’. In addition to standard equipment, the Edition 20 adds the AMG Line interior package, the Night Package featuring black exterior accents, 21-inch AMG twin-spoke alloy wheels, AIRMATIC air suspension, sports seats and a three-spoke AMG multifunction steering wheel.
The GLE 250 d model utilises a 2.1-litre, four-cylinder turbo-diesel engine producing 150 kW and 500 Nm, while the 3.0-litre, six-cylinder turbo diesel engine in the GLE 350 d model outputs 190 kW and 620 Nm. Both engines are paired to a 9G-TRONIC nine-speed automatic transmission and drive all four wheels – great for handling that Lindis Pass ice rink.