When there are cameras rolling, it’s a common theme for there to be a starring role and a supporting role and, while this is undoubtedly true of the Gunn family, there’s somewhat of an anomaly in the success story of local production company Whitebait Media. 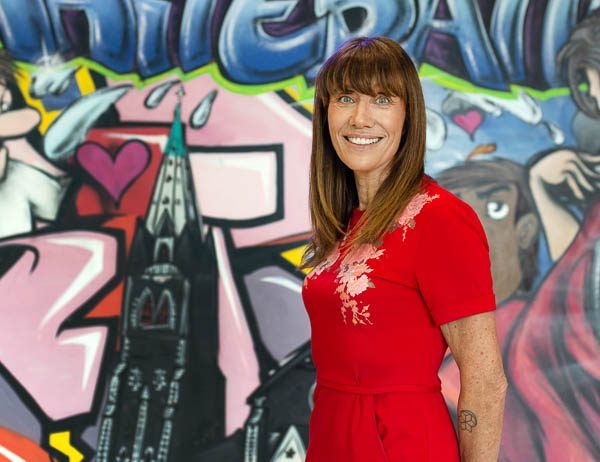 Because although iconic television – and now radio – personality Jason Gunn is the gregarious natural born performer and the star of the show, to describe wife Janine Morrell-Gunn, the woman who has been by his side for the past 24 years, as being in a supporting role simply wouldn’t capture the role of the beautiful go-getter making things happen behind the scenes.

Your typical A type personality, she is ambitious, driven, organised and proactive, but importantly, she is the driving force behind a production company that celebrates 21 years in business this year, heading New Zealand’s longest-running children’s programme, What Now? and dominating children’s TV with shows like The Erin Simpson Show and The Adam And Eve Show.

Janine has been a leader and a trailblazer since her student days at the University of Canterbury where she headed the Students’ Association, and remains as passionate as the young gun was in 1981 when she was arrested for obstructing a carriageway in a political move during the 1981 Springbok tour.

Those visions of changing the world persisted when she launched into an internship at TVNZ, covering current affairs and, although she didn’t become the next Judy Bailey, it did lead her to children’s television, after she directed children’s current affairs shows Spot On and Viewfinder.

Janine eventually worked her way through the ranks, becoming Executive Producer of TVNZ’s Children’s Unit. It was in this role that she met her future husband, Jason Gunn. The gregarious presenter was Janine’s employee and together they worked on kids’ show, After 2. It was Janine’s idea to create The Son of a Gunn Show, featuring Gunn’s beloved sidekick Thingee and the rest, as they say, is history.

It’s been said that when one door closes, another one opens and when TVNZ’s Children’s Unit was relocated from Christchurch to Wellington in 1998, the couple decided to “put a stake in the ground” and set up their own company, then known as Whitebait Productions. Whitebait’s first commission was Bumble, a preschool series about a bee and his friends and, of course, it was Jason that would be the first actor to don the Bumble suit.

“Jase and I needed to sail our own waka. We’d been so well supported at TVNZ, which we appreciated, but we wanted to be here with our families. All TV roads led to Auckland, but we’re unashamedly passionate about Canterbury.” She recalls early in her career making the flight to Auckland to be at a meeting, not wanting to let being based in Christchurch an issue, a meeting which was postponed not once, not twice but three days in a row, with Janine flying into the city for each!

“Twenty years ago it was harder to be here when most business wasn’t. Now we fly people down here and share our Canterbury experience and hospitality. Aucklanders enjoy the vibe, so that’s really positive. We’ve been able to raise our family and the greater Whitebait whanau, run our business and have a lifestyle that wouldn’t have been the same in Auckland.”

In 2003, TVNZ shut down its Wellington-based Children’s Unit and the next year Whitebait Productions won the tender to relaunch What Now? and bring production of the show back to Christchurch. The show continues to play an integral part in the Whitebait story, but today represents just a small part of what the production company does.

With the largest and most well-equipped studio facilities in the South Island, the team is still making live and pre-recorded children’s, youth and family television, with Fanimals – “our new baby” – one of the biggest hits. Now in its second season, Whitebait has partnered with the Department of Conservation, Auckland Zoo and the RSPCA to deliver the series where kids and animals are the stars of the show.

She can’t help but flick through the photos of a little blue penguin that was on set recently. “New Zealand is second now only to the US in terms of pet ownership,” Janine says. “There are endless numbers of stories in that space, reflecting the diverse nature of our love for animals.”

The company has now also moved into the world of animation, partnering with a company in India to produce Darwin and Newts, which has been green-lit for a second season, with production beginning and ending right here in Christchurch. Highlights include being picked up by CCTV in China and translated into our own Te Reo Maori.

The Sunday staple of New Zealand television What Now? has recently left the studio and gone nationwide – on the back of a $400,000 investment. “We’ve built an ob truck and taken it on the road – 40 towns in 40 weeks,” Janine explains. “It’s like a travelling circus; we get 250-450 beautiful kids turning up to be on the show every week!”

What Now? can cater to what’s happening in the country at the time. After the mosque attacks, they did a ‘share the love’ themed show. “It reflects the changing nature of diversity. Our population base has changed. With a show like What Now? we’re able to show real life New Zealand culture and demonstrate inclusiveness.” 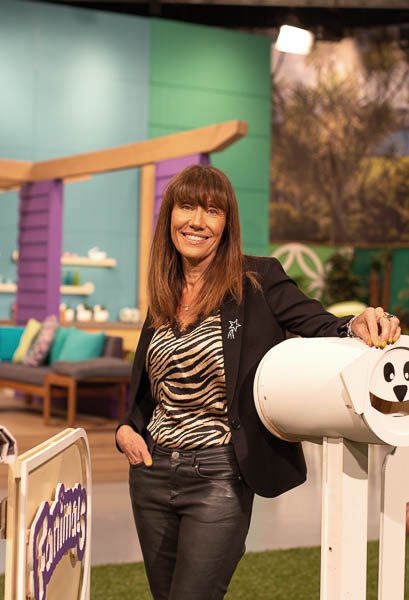 That inclusiveness extends to everyone around her, and family and community are clearly where Janine’s heart is, whether that is the Whitebait community, the business community, our cultural communities and the local charitable community, in which she is heavily involved.

There are around 40 young people working at the production facilities in Princess Street, Middleton, with another 70-odd contractors involved in the shows. “We always strive to create an environment our team wants to be in,” Janine says. “My husband is a spontaneous, ‘smell the roses’ kinda guy. As a producer, being with him, I have learnt to ‘get’ performers and from behind the scenes understand how to support those out the front. He brings humour to our lives; it’s infectious and our people learn how to have a laugh and keep it light.”

The global industry is peppered with former Whitebaiters who have thrived under her tutelage. The team has regular bake-offs, birthday celebrations and theatre screenings, and just hosted the first shared lunch within their business park to bring the work community together – they plant trees and give an annual scholarship in honour of a team member who died in the quakes and this year everyone helped make a wreath and did an ode to remembrance for ANZAC Day. A new passion project is making Whitebait paper cup free; everyone has been given their own Keep Cups to take to the café next door and milk is now delivered in glass bottles. They’re even learning Te Reo Maori.

Whitebait is a proud supporter of Cholmondeley Children’s Centre. Janine is the chair of the board and Jason was recently the MC for the annual fundraiser, Little Gems: A Night of Denim, Diamonds & Dancing. “It’s a beautiful Canterbury charity. We’re both deeply passionate about respite care for our local children. It’s been going for 93 years due to the huge generosity of Canterbury.”

Children are also at the centre of a small young charity, Uru Mānuka where Janine sits on the board alongside Garry Moore to ensure all Canterbury kids get the digital tools they need for equitable and open access to their education. And then there’s the Māia Health Foundation which Janine is a part of and has the support of the Gunns. “I love the ethos. It’s about enhancing the health experience in Canterbury by taking our health services from good to great.”

The project-based charity is very close to achieving its $5.2m target to get a large rooftop helipad on top of Christchurch Hospital’s new building and fold-down parent beds into the children’s ward. And you just know Janine is going to put her heart and soul into helping in any way she can.