Jono, Ben and Sharyn had quite the award haul at this year’s New Zealand Radio Awards late last month, winning Best Music Non-Breakfast Team and taking out the Blackie Award with Producer Dan for their ‘Deadpool Marathon’. We caught up with this talented trio about their third year of livening up the radio waves in the afternoons. 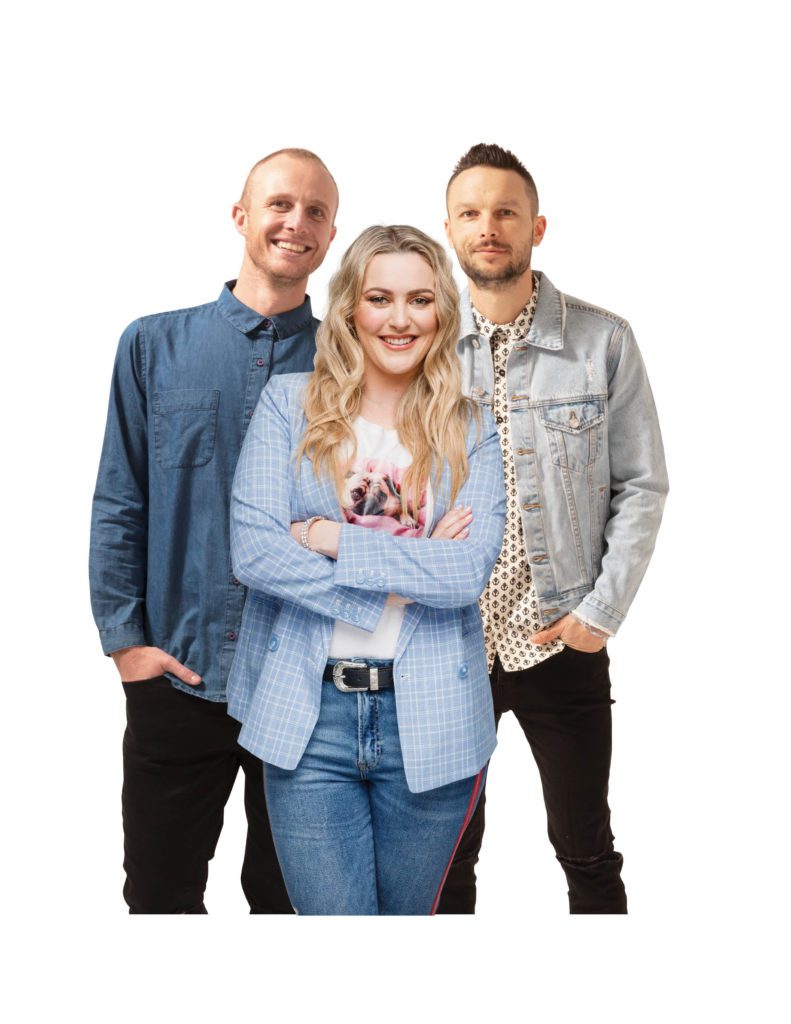 First of all, congratulations on your award haul at the Radio Awards!
Jono: Thank you. Ben has some very incriminating photos of the judges and it finally paid off!

How exciting was that for you?
Sharyn: It was really exciting for me because I had never won an award! I had been nominated every year for 13 years and never, ever won. Jono and Ben already had heaps of them so it might not have been as exciting for them.

How cool is it to get to hang out together for a day job?
Jono: It’s a pretty sweet gig. Sometimes you have to really check yourself when you’re having a bad day and remember I’m getting paid to do the sweetest job in the world, which is talk s**t into a microphone. It’s a dream job.

Do you consider your radio trio to be more friends or family?
Jono: Fremily; a family of friends. You’re kinda locked in a room together for four hours a day, and that’s not including the time you spend before the show preparing, so you celebrate the good times, you cry over the bad times, so it is more like a family I’d say. By the way, Sharyn’s pregnant too, to make it a real family (joking!).
Sharyn: Oh my god, don’t say that! I’d definitely say it’s more like a family. Doing a radio show with someone is such a weird relationship because it’s almost like you’re married, but there’s no sexy finale.
Ben: And Jono doesn’t do any cooking!
Sharyn: But you still have to communicate in the same way and look after your friendship and things like that and if anything ever happened to any of these guys, we’d cook for their families and stuff.
Ben: At the same time we’re the first to mock each other for everything else. We know each other so well now, we know what buttons to push to not offend but to have a bit of fun.

What have been some of your standout moments on the radio?
Ben: The one that jumps out at me is when these guys blindfolded me and took me to Sydney and I had no idea what the surprise was going to be. All that ran through my head all day as I sat there with a blindfold and headphones on was that it’s going to be something with snakes or sharks or something horrible, but it turns out I was sitting in a room with one of my favourite comedians, Kevin Hart, so that was pretty cool.
Sharyn: For me, it’s that our show is not afraid to talk about things that matter and things that are important, even if it’s things that are hard for us to talk about. We’ve talked about some pretty heavy topics, but Jono and Ben have embraced it. It’s not a highlight at all because what happened was in no way a highlight, but how our show came together, as a family, on the day of what happened in Christchurch. It was a horrific event and in no way a positive thing, but it was really beautiful to see the power of radio to bring so many people together, to look after each other in such an awful time.
Jono: And I have no highlights. Nothing but lowlights. I have highlights in my fringe right now because I went blonde a few months ago, I can’t afford to keep it going, now the regrowth’s there.

Sharyn what have you been able to take from the experience of working with these guys?
Sharyn: Well I don’t know if they’ll let me get through it, because every single time I try to compliment Jono and Ben, they interrupt and don’t take the compliment because that’s who they are. In our industry, there are so many big egos and whereas Jono and Ben don’t have an ego at all and it’s amazing. I also don’t think people realise just how hard they work. I don’t think I’ve met anybody in this industry that always gives it a thousand; most of us are just striving to give it a hundred. The big thing for me is I used to cry and get really upset every time anyone ever said anything bad about me and I think they’ve really taught me that it doesn’t matter what one person thinks of me because you know the actual truth, so I shake that stuff off easier than I used to.
Ben: Basically we showed Sharyn all the horrible comments there were about us out there and she felt a lot better about herself.
Sharyn: See what I mean though, can’t take a compliment without a joke! It’s just not in their DNA, they’re just not egotistical in any way, which is amazing.

What is something about each of you that people would be surprised to know?
Ben: Jono’s not actually bald!
Jono: I think people are surprised we actually work hard. But we do put a lot of time into planning for the show because we want it to be good.
Sharyn: I think people would be surprised that Ben is quite a sensitive dude and Jono works constantly. It’s hard to think of one ever for yourself, mine’s probably something like…
Jono: Well the thing with Sharyn is she’s exactly who she is on the radio. That’s why Sharyn is so good at her job, because you know exactly who she is; she’s real.

What do the next 12 months have in store for you?
Jono: Contract negotiations.
Ben: That’s a great question for our boss!
Jono: We’re in the last year of our contracts…
Jono: There could be an interview at Metropol Magazine! Do you need any writers? Not good ones but…
Sharyn: Hopefully keep doing what we’re doing and not get fired!